Born William Henry Taylor, he was better known as “Jack” to coworkers and friends. Reared on a Clay County farm near Lineville, Alabama, he came up through the ranks of Alabama Cooperative Extension Service after joining the organization in June 1946 as Assistant County Agent in Lee County. He was promoted to County Agent in Lee County in February 1948 and served in that position until September 1957.

Graduating from Lineville High School, he attended and graduated from Auburn University with a B.S. Degree in Agriculture in 1940. He later received both a Master’s Degree and a Doctorate Degree from Cornell University, which he attended on a Farm Foundation Fellowship.

Prior to joining Cooperative Extension, he was a supervisor with the Farm Security Administration. He also served four years with the U.S. Army during World War II, honorably discharged as a captain in July 1946.

He received many honors and awards and was elected to “Personalities of the South” in 1972 and listed in the Men of Achievement, International Biographical Centre, Cambridge, England. He was a member of Epsilon Sigma Phi, the national honorary Extension fraternity, and was a past president of Gamma Sigma Delta, an agricultural honorary. As an Extension administrator, he served on a number of councils and committees that affected state and national agricul­tural policy. Very community-minded, he served as president and director of the Auburn United Fund. president of Auburn PTA, and as a member of the Board of Stewards at Auburn United Methodist Church. where he also taught Sunday School.

In honor of his many contributions to the people of Alabama, the name W. H. “Jack” Taylor is inscribed on the dedi­catory plaque of the Extension Memorial Chapel. 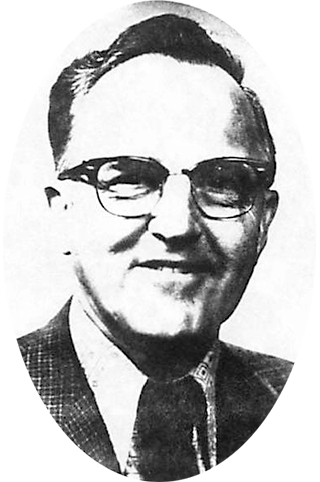