It was 1942 and the country was at war. W. L. Richardson had just gotten settled in good as the county agent in Double Springs, but his country summoned and he answered the call. He was sta­tioned at Ft. Bragg, North Carolina while serving as battalion commander. He returned to his position with the Cooperative Extension Service in Double Springs in March 1945 amid high praise.

Richardson was as dedicated to his duties as county agent as he had been in his service to Uncle Sam. His position called for someone who was knowledgeable in agriculture could get along with people, and was concerned for the welfare of others. W. L. was all this and more. He encouraged young farm families to open up to new opportunities, such as the poultry industry or feeder pig marketing. He worked with organizations that could bring economic opportunity to Winston County and was successful in getting the Alabama Farm Bureau, the Cattlemen’s Association, and the poul­try industry to establish in the county. He stayed actively involved in the lives of the farmers to keep them encouraged and optimistic about their chosen livelihood. Yet he never “tooted his own horn.” He just went about doing the duties of the county agent.

William Landrous Richardson was born in Cullman and graduated from Cullman High School. He was an Auburn graduate and received his B.S. degree in 1935. He served as assistant county agent in Lauderdale County briefly in 1935-36 before becoming the county agent in Winston County on December 1, 1936. He worked at his job every day for the next thirty-six years, except for the four years he was doing his patriotic duty. He retired from the Alabama Extension Service in 1973, but not before he received the Distinguished Service Award from the National County Agricultural Agents Association. The good work of W. L. Richardson was recognized by his peers.

Mr. Richardson remained active in his community, church, and civic affairs until his health was impaired by crippling arthritis. He passed away on June 4, 1994, just a few days before his 85th birthday. Juanita, his wife of fifty-seven years, lives in Haleyville, Alabama, where his daughters Ann Crane and Frances Burleson and their families also live.

Double Springs appreciated W. L. Richardson. He touched so many of their lives during his tenure there as a county agent. Epsilon Sigma Phi is honored to help others know him and his legacy by plac­ing his name on the dedicatory plaque of the Extension Memorial Chapel. 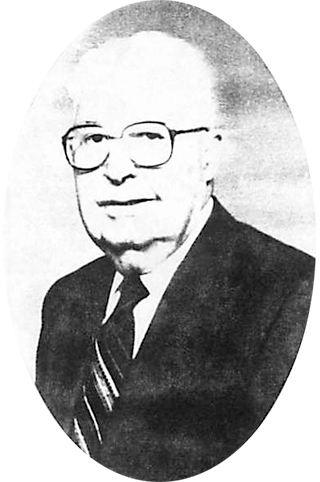