Walton LaVerne Deakle was born on February 5, 1904, in Coden, Alabama. He attended Alba High School in Mobile County, receiving a diploma in 1922. Mr. Deakle joined Extension in 1940. His thirty-three-year career of service was all spent in his home county. The youth and farm people of Mobile County greatly benefited from his effective leadership. Loyal and loving, LaVerne Deakle was appreci­ated by hundreds of friends and clients.

In his letter of retirement, Mr. Deakle expressed that “working with the Extension Service in Ala­bama — with the farmers and homeowners in Mobile County — has been a wonderful and satisfy­ing era. It afforded me the opportunity to gain a wealth of knowledge, make many acquaintances and be a member of that great Extension family of Alabama.” He also pledged to continue work with Extension projects in an unofficial capacity.

Through the efforts of LaVerne Deakle, the standard of living in rural Mobile County increased steadily. His contributions were many — his impact enormous. Recognized as a loyal and effec­tive employee, Mr. Deakle enjoyed the friendship of Extension workers throughout Alabama.

An important part of LaVerne’s life was the farm he maintained near Irvington, on which he pro­duced pecans and beef cattle. Anyone who knew LaVerne Deakle will remember and understand his favorite line, “I had one head of cattle every day of my life,” which meant that from the day of his birth, he owned at least one head of cattle. His father’s birthday present to him on the day of his birth in 1904 was a calf. That calf was the beginning of the herd which he maintained his whole life and now is owned by his son, Billy, on the same farm which was settled by LaVerne’s grandfather in 1852.

Mr. Deakle was a member and past president of the Mobile County Cattlemen’s Association and the Alabama Pecan Growers Association. He was also a member of the Masons, Kiwanis, Farm­ers’ Federation, and a lifelong member of the United Methodist Church of Bayou La Batre.

In honor of his life’s work, the name Walton La Verne Deakle is inscribed on the dedicatory plaque of the Extension Memorial Chapel. 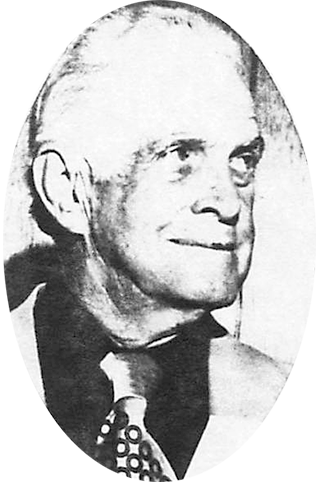