Walter C. Odom was born on August 6, 1906, in Finchburg, Alabama. From an early age, he grew to love the land and its people. He began his life of dedication to Alabama in the Resettlement Administration. This agency later became the Farmer’s Home Administration. Mr. Odom held positions in Clarke and Choctaw counties with this agency before joining the Extension Service.

In 1938, Walter Odom received his B.S. degree from Tuskegee Institute and was named county agent for Monroe County. He was well-liked and highly respected by the people he served. His knowledge and skills were greatly appreciated. In educating his clientele on better methods and technologies, Agent Odom won recognition as a very effective leader. He conducted many highly successful programs with adults, particularly in the development of commercial vegetable crops. Two prestigious awards he and his family cherished were the County Agent of the year and the Man of the Year for Monroe County.

Walter Odom’s most lasting contribution came in his work with youth. His influence in molding the lives of young people is obvious even to this day. Many young people in Monroe County grew to have confidence and commitment under the guidance of Mr. Odom. They still remember his benevolent assistance through the years.

Walter Odom was a member of the Bethel Baptist Church in Monroeville where he was a deacon, chairman of the board of trustees, and Sunday School Superintendent. He was survived by his wife Ernestine Harris Odom, a former home demonstration agent in Monroeville and herself honored in the “Book of Memories”; two sons – Walter, Jr., and Orin; and four daughters — Walretta Jones, Luci Williams, Valarie Odom, and Renia Rush.

In honor of the man and his life’s work, the name Walter C. Odom, Sr., is inscribed on the dedica­tory plaque of the Extension Memorial Chapel. 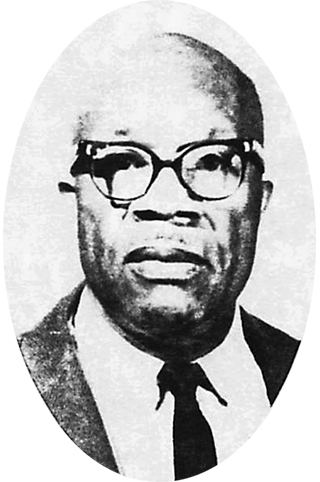