“His optimism overshadowed all obstacles.”

Walter G. Johnston received his B.S. in Agriculture from Mis­sissippi A&M (Miss. State) in 1908 after working his way through college with the ambition of gaining a Master’s degree. After six years of six-week courses, he received his Masters of Science from API (Auburn University) in 1929. His thesis was entitled “Organizing & Conducting Evening Classes for Adults.” This set the stage for the life which followed in the field of Vocational Agriculture.

His dedication, determination, and enthusiasm for education were a continuous challenge to all he influenced. He began his teaching in Brooklyn, Alabama, where his most famous student was Mabel Amos, who became Alabama’s Secretary of State. He was principal for Conecuh County, Palmetto High School, and Clayhatchee. He served as president of the Baptist Collegiate Institute in Newton, Alabama.

When the Federal Cooperative Extension Service was established, he worked as a county agent in Hartselle, Morgan County. Later at Lineville, he started the VOCAG Club, which was the fore­runner for the Future Farmers of America of today. Through federal programs, he was a Voca­tional Agriculture teacher in Hogansville and Thomasville, Georgia.

Following the Great Depression, with the combined efforts of the U.S.D.I. and U.S.D.A., he moved his family to Cumberland Mountain and Skyline Farms, where he taught unemployed adults proper farming, forestry, and manual arts. He and his wife, Cherry Bell, provided room and board to the teachers.

The proud father of five children and a 32nd degree Mason, he was dedicated to his family, God, and country. During his time he saw many “downs” but was never “out” of his zest to encourage others. Truly a man before his time.

In recognition of his life of service, the name Walter George Johnston is inscribed on the dedica­tory plaque of the Extension Memorial Chapel. 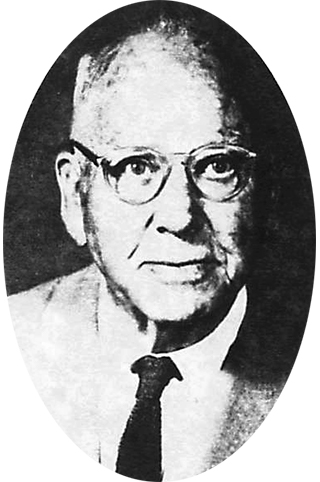