Mr. Walter L. Rodgers was born in Gordo, AL the eighth of nine children. He had an impressive career as a football player at Gordo High School and accepted a four-year scholarship to attend Alabama A&M University as a “Fighting Bulldog.” The 1966 team was the first team in the school’s history to go undefeated and he was captain of that team. In 2006, he was inducted into the AAMU Athletic Hall of Fame.

He completed his B.S. degree in industrial technology in 1968 while serving as offensive line coach for the Bulldogs. After graduation, he served as director of the Boys and Girls Club. He joined the AAMU staff in 1970 as dormitory counselor for Grayson Hall. From 1970 – 1975, he served as assistant offensive line coach under Coach Louis Crews and an additional year under Coach Curtis Gentry. He was later employed by the Huntsville City Schools in vocational education at Johnson High School, where he served as a multi-faceted coach in football and softball. Many remember him fondly as “Coach Rodgers.”

In 1990, the Alabama Cooperative Extension System employed Rodgers as a youth development urban Extension agent. He retired from the System in July 2013 as a Radon County Extension Agent in Madison County, AL.

Rodgers was a member of the First Missionary Baptist Church where he participated in the Brotherhood Chorus blending his God-given voice with those of other male chorus members. One of his favorite scriptures was: “And they sang together by course in praising and giving thanks unto the Lord; because he is good and his mercy endureth forever.”

Rodgers was a humble and spiritual man with an amazing and charismatic personality. He would always go out of his way to do everything for everyone without expecting anything in return. He was a big man with a big heart.

He is survived by a daughter, Dr. Tanisha LaShawn; a granddaughter, Justis Myon McKinney and a brother, Leo Rodgers. He was married to Mary Williams Rodgers Hurt who became his “servant caregiver” and “true friend.”

The Alpha Pi Chapter of Epsilon Sigma Phi honors and remembers Mr. Walter L. Rodgers by placing his name on the dedicatory plaque of the Memorial Chapel. 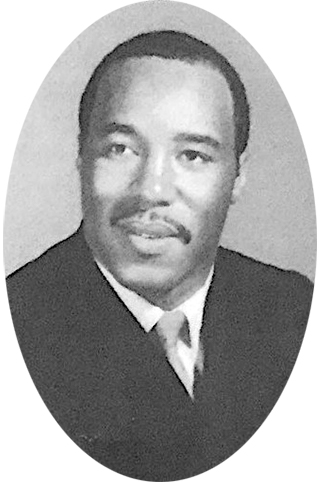