For Wanda Elaine Catrett, her work with the Alabama Cooperative Extension Service was highlighted by her membership in the Extension support organization, ESPA. She was a long-time member and enjoyed her work in the organization and the many friendships she had with its members, her co-workers in Auburn, and those who worked in the county and district offices.

Wanda’s ESPA membership began in 1987 when she transferred as Administrative Secretary to the state office for Community Resource Development, working for Dr. Warren McCord. Wanda had worked her way up to this position, having started as a secretary in the Russell County office on November 1, 1969. After working in the Russell County Extension office, which was in Phenix City, she transferred to a secretarial position in the District II office in Auburn and commuted back and forth to her home in Seale, Alabama. In 1991, she became the Executive Secretary in the office of the Extension Director. In that position, she worked for Dr. Ann Thompson until her retirement in 1994, then worked for Dr. Gaines Smith who was interim Director. During Dr. Smith’s tenure, Wanda became ill and took a disability retirement in November 1996 from Auburn University.

During her tenure, Wanda continuously received superior ratings on her job performance, warranting such praise as “excellent employee,” “dedicated to her job,” and “professional in her work” and in her dealings with coworkers and the public with whom she dealt constantly.

However, the honor which perhaps meant the most to Wanda was in 1993, the year ESPA published its own cookbook of favorite recipes, and President Gloria Corley phrased the following dedication to her: “A special thank you is given to Wanda Catrett for the many hours devoted to collecting, typing, and editing the recipes for this cookbook. On behalf of the Extension Support Personnel Association (ESPA), we would like to dedicate this cookbook to her. Her unselfish spirit was essential to the success of this project. As chair of the Cookbook Committee, she has been the most valuable asset, and her good work reflects credit on ESPA and the Alabama Cooperative Extension Service.”

It is an honor for the Alpha Pi Chapter of Epsilon Sigma Phi to place the name of Wanda Catrett on its dedicatory plaque at the Extension Memorial Chapel. 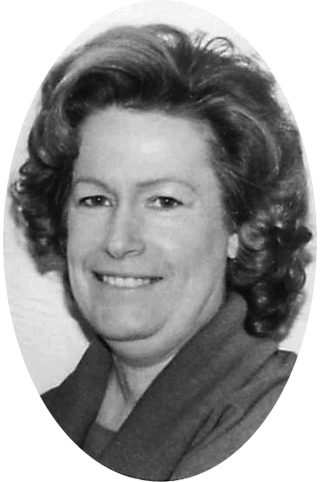