When William Bailey (W.B.) Hill made his way to Tuskegee as a young teenager to study agriculture under George Washington Carver, no one knew that in 1988 he would receive the prestigious George Washington Carver Public Service Hall of Fame Award. With the knowledge of agriculture and passion for helping others that he gained at Tuskegee Institute, W. B. dedicated his life to improving the quality of life for others, especially rural Alabamians.

W. B. was born on October 29, 1904, in Bibb County. He was the second of eight children of John Henry and Lillie Bell Smith Hill. After completing elementary school in Centerville, Hill made his way to Tuskegee where he graduated from high school (Tuskegee Normal and Industrial Institute) in 1923. His first job was at Palmer Memorial Institute in Sedalia, North Carolina, where he was asked to start a vocational agriculture department. He returned to Tuskegee Institute and enrolled in its first four-year degree program and graduated in 1931 with a B.S. degree in Agricultural Education. He later received his M.S. degree in Extension Education in 1949 from Cornell University and his Ph.D. degree in Cooperative Extension Administration from the University of Wisconsin in 1959.

Hill was offered his first Extension job with the Negro Division of the Alabama Cooperative Extension Service in 1935 when Tom Campbell asked him to start an Extension program in Marengo County. Ten years later, Hill was promoted to District Agent and moved to Tuskegee Institute, the state headquarters for the Negro Division of Extension. In 1949, Hill was made State Leader and set about to accomplish his given tasks of increasing and improving the state and county professional staffs and to expand and improve all phases of Extension work for Black citizens of Alabama. With the passage of the Civil Rights Act in 1965, the Negro Division of ACES moved to Auburn University, and Dr. Hill was made assistant to Director Fred Robertson.

During his 39 year career with the Cooperative Extension Service, Dr. Hill’s leadership, guidance, and dedication to the principles of Extension were recognized by his coworkers and peers. He was awarded state and national Distinguished Service Awards.

Although Dr. Hill retired in 1974, he continued his public and community service to others. He was a member of St. Andrew’s Episcopal Church, the Tuskegee Alumni Association, Phi Delta Kappa Fraternity, the Optimist Club, Alpha Phi Alpha Fraternity, and a life member of Epsilon Sigma Phi, the honorary Extension fraternity.

Dr. Hill passed away on August 28, 1997, preceded in death by his wife of 63 years, Sadie McKissack Hill. He is survived by two daughters, Mable Wynn of Clemson, South Carolina, and Barbara Green of Carrollton Georgia; two brothers, Louis and Joseph, both of Los Angeles, California, as well as five grandchildren and one great-grandchild.

It is a sincere honor and privilege for Epsilon Sigma Phi to place the name of William Bailey Hill on its dedicatory plaque at the Extension Memorial Chapel. 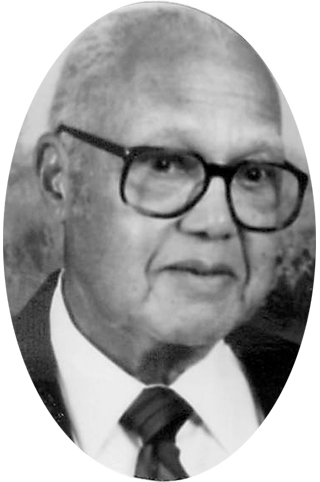