The list of descriptive words when speaking of Bill Hosking goes on and on. Add great manager, leader, enthusiastic.

Bill’s death on August 5, 2008, shocked many former Extension coworkers who did not know he had been silently and bravely battling leukemia. His family, especially his wife Evie, received an outpouring of compassion at the news. Bill was highly thought of. There were many stories told about when and where he had helped others in their work or their personal lives. He was that kind of person.

Bill served in the Coast Guard for a number of years and did not go to college until he was in his thirties. When he went to the University of Georgia, he completed his B.S., M.S., and Ph.D. in rapid succession. Extension was his first job after being in college for eight years. He came to his Extension job with all the enthusiasm of a guy right out of college, but with the wisdom and decision-making skills of a forty-year-old coast guard veteran. He was the first economist hired in the Mobile Marine office. The few staff members that had been hired prior to that were all trained scientists.

Bill was able to help the marine and coastal clientele understand that just because something was technically feasible, if it isn’t economically feasible, then it won’t work. In addition, his people and social networking skills, combined with his understanding of governmental processes, enabled him to help the marine community understand the seafood and environmental regulatory processes and how to work with, as opposed to against, the system, and find middle ground positions that can solve the fishery management and/or environment problems while minimizing the negative impacts on the industry and the coastal economy.

Bill Hosking was born in Easton, Pennsylvania, on May 11, 1938. He was in the U.S. Coast Guard from 1962 to 1966 and served as an electronics technician. He enrolled at the University of Georgia in 1969. Throughout his college years, he was constantly at the top of his class and received many honors for his academic achievement.

Bill’s Extension career spanned from 1977 to 1999, when he retired as Extension Marine Economist and Marine Programs Coordinator. He and his wife Evie Jo made their home in Moss Point, Mississippi.

As a tribute to a life well-lived, we are proud to inscribe the name of William “Bill” Hosking on the dedicatory plaque of the Extension Memorial Chapel. 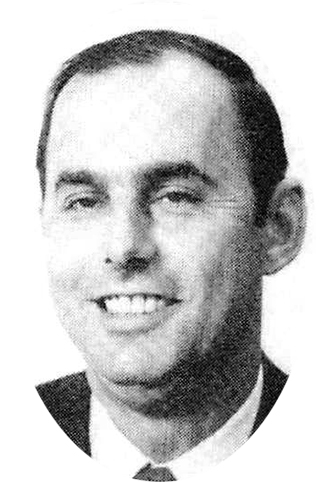