A well-known civic leader who worked for 35 years with Alabama Cooperative Extension Service and named “Mr. Auburn” by friends and associates was the loss suffered by St. Clair County when William D. Jackson, Sr., died.

He was born on January 3, 1918, in Lineville to Henry Lee Jackson and Lillie Langston Jackson. In 1936, he graduated from State Secondary Agricultural School, where he was proud to hold a perfect attendance record at all class reunions. In June 1942, he received a B.S. Degree in Agricultural Science from Auburn University. Mr. Jackson served in the U.S. Army during 1941-1946 and was Captain, Field Artillery of Rainbow Division during his tour in France. In October 1953, he was discharged as a Reserve Commissioned Officer.

Mr. Jackson began his agricultural career in St. Clair County on September 10, 1946, as Assistant County Agent. His leadership with 4-H Clubs was recognized state-wide. Over the years, he successfully led many agri-business developments, community education programs and organizations to promote increased production and marketing of farm products. He was acclaimed in the county for his enthusiastic leadership and for getting a job done.

A well-known speaker, he was particularly good with his jokes and storytelling. A recipient of the Auburn University Presidential Award in 1989, the St. Clair County Auburn Club created an annual Auburn University scholarship in his memory in 1997.

Mr. Jackson was a member of many civic and professional organizations. Among them were the National and Alabama Association of County Agricultural Agents and Epsilon Sigma Phi Extension Honorary Fraternity. He was a life member of the St. Clair Cattleman’s Association and a former member and President of the Civitan Club. In addition, he served as a 30-year volunteer for the American Red Cross. A member of First Baptist Church in Pell City, he served as a deacon and in many other positions in the church. He began a recreation program for the youth and spearheaded the building of a basketball court.

Not only did Mr. Jackson love his job, he was good at it, and did it from the heart. He was totally committed to helping others. Mr. Jackson had a strong sense of right and wrong. He believed one should become involved in his community to help it grow and make it better.

Mr. Jackson died at his home in Pell City, Alabama on January 11, 1997. Survivors include his wife Betty, a son William D. Jackson, Jr., and two grandchildren.

As a lasting tribute to this man and his life’s work, the name William D. Jackson is inscribed on the dedicatory plaque of the Extension Memorial Chapel. 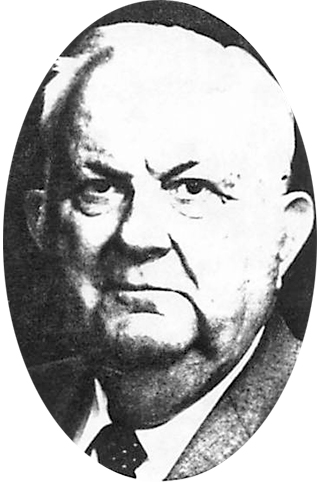