“I hope to be able to help the farmer and farm family in these modem days when the farm has become more of a scientific and business type endeavor.” This was Bill Bassett’s goal in life — one that he achieved with great success even though he died at the very young age of 33.

Born William F. Bassett in 1954 to a farming family living in Quincy, Florida, he always knew he wanted to stay close to the land and its people. Bill got his high school diploma from Robert F. Munroe School and then earned his B.S. degree at the University of Florida in 1976. His education and experience as a school teacher and dairy herdsman prepared him well for his Extension Service career.

In 1978 Bill was named assistant county agent for 4-H in Houston County. For three and a half years he devoted himself to his work with young people as their ‘buddy,’ their ‘mentor,’ their ‘disciplinarian,’ and at times their ‘daddy.’ As a result of his efforts, quite often Bill received recognition in the form of plaques of appreciation from his 4-H’ers. Those youngsters could testify to where Bill’s heart was. Genuinely appreciative of their compliments, Bill would always remind them that they played the most important role in the success of club activities because “it takes teamwork to represent a county.”

A caring husband, a beloved son, and brother, and a dedicated 4-H agent, Bill Bassett left his ‘fingerprints’ wherever he went. At home, in church, at work all who knew him honored and loved him. He was a living example of doing for others even at his own expense. He always went far beyond what was required and was admired for his efforts. His help had no limits — he came to the aid of rich and poor, black and white, old and young.

In 1981, Bill transferred his Extension service to Georgia, where he continued working in 4-H and was rec­ognized as ‘Outstanding New 4-H Agent.’ Known for taking a stand on issues, Bill could hold his ground as long as necessary to achieve his goals. More than once he voiced his opinion in opposition to others. His insight, honesty, and unselfishness were often recognized and rewarded.

Fighting for what he believed in prepared Bill for his long battle with illness. Even in pain, Bill worked on and set an example for all to follow. It is fitting to honor this man who filled every day with loving service to mankind. The name William F. “Bill” Bassett is respectfully inscribed on the dedicatory plaque of the Extension Memorial Chapel. 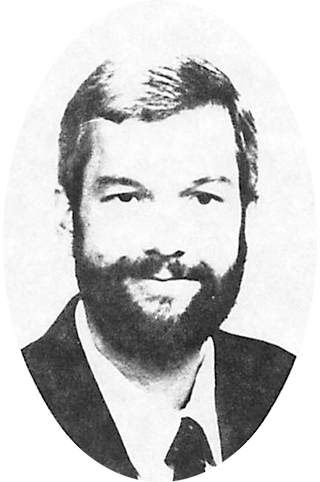