Many colleagues and friends of William “Mutt” Gregory may be surprised to discover that, despite his great love for agriculture, he did not grow up on a farm — his father was a dentist in Florence, Alabama. However, his affinity for livestock did begin at an early age. While most children had dogs or cats as pets, every summer William’s parents rented a cow for him to take care of. He milked it every morning and evening, keeping it in the garage (which became a barn for the summer), and staked it out during the day in a vacant lot where it could graze. His younger sister, Elizabeth Gregory Lee, remembers his extreme care and solicitude for the animals — “as though he really understood what they were thinking,” she says.

His kindness and caring were not limited to animals. As one colleague comments, “He did little kindnesses that most despise or leave undone.” He did many small favors which he never mentioned, even to his family. For example, when the son of a coworker was badly burned in an accident, William Gregory volunteered to donate skin grafts.

William Gregory received the B.S. in agricultural science from Auburn in 1928 and joined Extension immediately afterward as an Assistant Agricultural Engineer. He went on to serve as county agent in Cherokee and Morgan coun­ties, returning to the state staff in 1937. He served as Extension Agronomist and then Animal Husbandry Specialist.

In 1959, he was appointed Livestock Adviser to the government of Ghana, West Africa, by the U.S. Departments of State and Agriculture. He and his wife, Kirk Armstrong Gregory, lived in Accra, Ghana, for three years. Returning to the States in 1961, he became Head of Stockyards and Brands and Assistant Director of the Animal Industry Division of the Alabama Department of Agriculture. He served in this position until his retirement in 1979. He was a member of the Southeastern Livestock Exposition and an Honorary Vice President of the Alabama Cattlemen’s Association. He was inducted into the Auburn University College of Agriculture Hall of Honor in February 1987.

William Gregory’s greatest loves were his family and his farm — he viewed himself rather as a patriarch and loved nothing better than being at home on the farm with all his family around him. His dream of a family “compound” on the farm is still being accomplished, with three houses already built and two more in the planning stage. He also had a deep and abiding interest in history and politics, from the Anglo-Saxon and Celtic cultures of Europe to present-day Alabama. He was extremely well-informed and held firm opinions which he loved to share, either in writing or in conversation (preferably in the late afternoon over toddies and popcorn).

He was deeply proud of being a citizen of Alabama and committed to making the state better. He cherished his friend­ships with the many people who share his commitment. His most prized possession, though, was his family: his wife, sister, and brother-in-law Lamar Lee; his children Mary Elizabeth G. Shaw, W. H. Gregory III, and Ann G. Baxter; and his grandchildren Jake and Larry Shaw; Elizabeth, Will, and Kirk Gregory; and Laura, Molly, and Anna Baxter.

As a lasting tribute to this man and his life’s work, the name of William H. Gregory, Jr., is inscribed on the dedicatory plaque of the Extension Memorial Chapel. 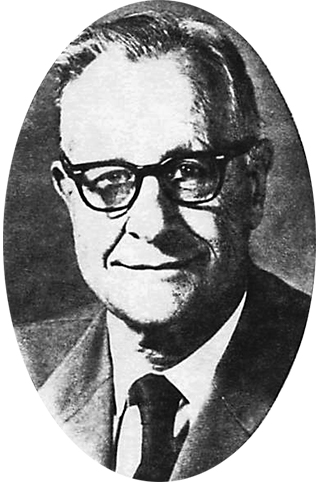