William Herbert Johnson was born June 17, 1909, in Sweet Water, Alabama. He received his diploma from Dixon Mills High School in 1928 and went on to Auburn University, earning his B.S. degree in agriculture in 1932. Upon graduation, he was commissioned in the U.S. Army through the Reserve Officer Training Corps program.

Until the outbreak of World War II, Mr. Johnson applied his knowledge, talents, and skills to help­ing farm families. Through his dedicated efforts, many were able to raise their standard of living. By teaching the young 4-H’ers, Johnson created the foundation for future achievement for them and for Extension programs through the years.

With the beginning of World War II, Mr. Johnson was called into active duty and served as a Field Artillery officer until the end of the war. He remained in the inactive reserve until his retirement from the Army Reserve. After the war, Johnson returned to Baldwin County and continued to serve as an assistant county agent. He was later promoted to associate county agent and remained with the Extension Service until his retirement in 1972.

Herbert Johnson was a life member of the Auburn University Alumni Association. He was also a member of Immanuel Episcopal Church of Bay Minette and served for many years as church trea­surer and senior warden. At the time of his death, he was an honorary member of the vestry.

For his years of service to Alabama, the name William Herbert Johnson is inscribed on the dedi­catory plaque of the Extension Memorial Chapel. 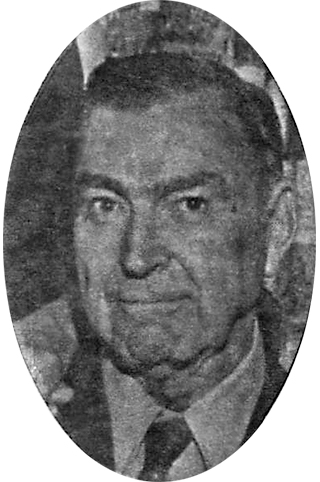