William J. “Bill” Hardy, Sr., was a respected and diligent employee of the Extension Service. He served 33 years in Wilcox County and has been lauded as one of Camden’s favorite citizens.

Bill Hardy grew up in Coosa County, Alabama, and graduated from Coosa County High School in Rockford. During World War II, he served as a private in the U.S. Army and was assigned to the 24th Medical Battalion and shipped to battle in the Philippines. He was honorably discharged in January 1946 with the Philippine Liberation Ribbon and two bronze stars.

After the war, he entered Auburn University and received a B.S. degree in Vocational Agriculture. He taught agriculture to veterans in north Alabama, then high school vocational agriculture before returning to the family farm and timber business.

Mr. Hardy helped others through his community civic clubs and through his church. He was a member and leader in the Camden Baptist Church, where he served as Chairman of the Deacons, Sunday School Superintendent, and taught Sunday School for 40 years. He was an energetic and much-honored leader of the Wilcox County group of the Alabama Retired State Employees Association and in 1999 was honored by the state organization as its Member of the Year. He was an active member of the Camden Exchange Club and recipient of its 2000 Book of Golden Deeds Award. He was a life member of Epsilon Sigma Phi, the honorary Extension organization.

Mr. Hardy was respected as a Christian gentleman whose every aspect of life was lived as a faithful follower of his Lord. Mr. Hardy died on December 11, 2005, after a long illness. He is survived by his wife of 51 years, Louise, and two children, William J. Hardy, Jr., of Auburn and Margie Hardy Gunter of Camden, and six grandchildren.

It is a befitting honor to his commitment and service to all Alabamians that we inscribe the name of William J. Hardy Sr. on the dedicatory plaque of the Extension Memorial Chapel. 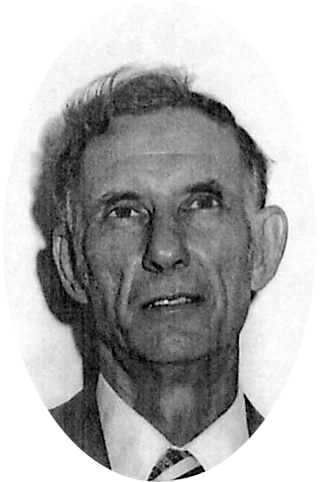