Joel Thompson was totally dedicated to improving the lives of others. He believed in the goals and standards set for excellence by the Extension Service, and he encouraged and influenced others to manage their resources to reach those higher standards. He will be remembered for his excellent qualities by all who knew him.

Thompson was born on April 5, 1914, in the farming community of Cragford. Alabama, in Clay County. His parents were William Absalom and Zula Alford Thompson. He received his elementary and secondary education in Lineville; attended Southern Union Junior College in Wad­ley; graduated from Auburn University with a B.S. degree in 1939; and received his Master’s degree in 1951, also from Auburn.

Interested in both agriculture and education, as well as the opportunities and challenges of these fields, Mr. Thompson dedicated over forty years to serving the people of Alabama. His long and successful career began in 1939 as a vocational agricultural teacher in Blount County for seven years and continued through another eight years in Jefferson County. He came to the Extension Service in 1954 as Assistant County Agent in Jefferson County. He spent 1955 through 1963 as Assistant County Agent in Walker County and then became Assistant County Agent, Shelby County, in 1964. In 1971, he was promoted to County Coordinator in Cleburne County and served in that position until his retirement in 1981.

He had an excellent knowledge of agriculture and worked tirelessly and unselfishly at whatever his goal. Coworkers had only high praise for his enthusiasm, his optimism, and his commitment to helping others help themselves. Throughout his career, whether he was working with farm families, civic organizations, other county agents, or community leaders, Joel Thompson was the epitome of the public servant. He was masterful at establishing grounds for communication and bettering relationships for a common goal. He had a vision for economic development for farmers, for families, for communities and worked hard at bringing his visions to fruition.

Mr. Thompson was a member of many organizations, including the Alabama Association of County Agricul­tural Agents, the Columbiana Kiwanis Club, the Heflin Lions Club, the Civitans, the Eastern Star, the Shriners, Phi Delta Kappa, the Alabama Genealogical Society, and a life member of Epsilon Sigma Phi Extension Frater­nity. Coinciding with his hobby in lapidary, he also belonged to the Southeastern Gemological Society. He received the distinguished service award from the National Association of County Agricultural Agents in 1974; was among Who’s Who in American Education; and received the first CRD award from Auburn University.

Joel was survived by his beloved wife, the former Arminda Howell, whom he wed in 1941. Arminda now lives in Auburn, Alabama, where she and Joel had lived for two years prior to his death on January 14, 1995. In recognition of his service to the people of Alabama, it is fitting that the name of William Joel Thompson be engraved on the dedicatory plaque of the Extension Memorial Chapel. 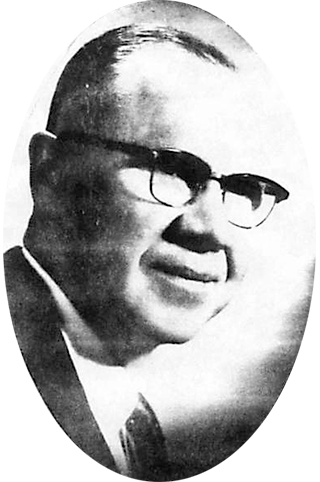