William L. Martin, better known as Steve, was a native of Chilton County, the son of Arthur D. and Sally Gay Martin. After graduating from Auburn University with a B.S. degree in agricultural education, he taught vocational education in Cullman for three years.

Mr. Martin started his Extension career in Colbert and Jackson Counties but spent most of his career in Marshall County where he served as a County Agent and a County Coordinator for thirty-three years. He retired from Extension in 1977.

Mr. Martin was a great organizer and a meticulous planner. During his tenure with Extension, Mr. Martin saw farm income increase nearly tenfold. Steve Martin is known for promoting the poultry and grain industries through his Extension work and is credited with helping to make Marshall County one of the top poultry producers in the state. He also played a part in organizing the County Community Improvement Association, the Feeder Pig Association, the County Poultry Association, and the Cattleman’s Association. His coworkers honored him by electing him as President of the Alabama Association of County Agricultural Agents.

Mr. Martin was active in his church and community. He was a member of the First Baptist Church where he served as a trustee and a deacon and taught men’s Sunday school classes for fifty years. He was director for many years of the First Alabama Bank in Guntersville. He served as president of the Guntersville United Way Association and served as a director of that organization for many years. He was also a member of the Civitan Club for fifty years and served in several local and regional offices. He served on the Guntersville schools building committee and saw the completion of two new schools during his term.

Steve Martin was married to his wife Marilyn for sixty years, and she remembers him as a devoted husband and father. He is survived by his wife Marilyn and daughters Sandra and Kay, and by his sister Ruth Rasberry.

It is fitting to honor the man and his life’s work by inscribing the name of William L. Martin on the dedicatory plaque of the Extension Memorial Chapel. 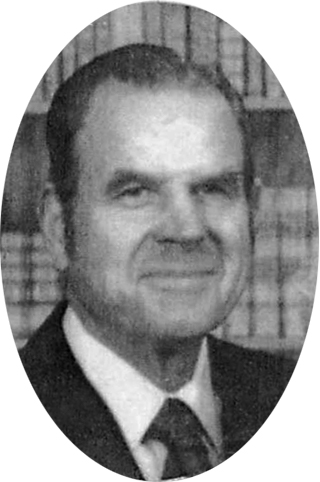