If there is an appropriate epitaph for Mr. William Lawson, it is, “If I have helped somebody along this way, then my living has not been in vain.” Mr. Lawson was an employee of the Ala­bama Extension Service for more than thirty-one years. He worked with the Extension Service in Montgomery County and was transferred to Chambers County, where he rendered thirty years of exemplary service. His specialization was row crops and horticulture. While serving as an Extension agent, he had a radio program on WRLD in Lanett and a newspaper column in the local Valley newspaper. His listening and reading audience used and appreciated his tips on home gardens, row crops, and landscaping.

Mr. Lawson was born in Talladega County and was a 1947 graduate of Alabama A&M Univer­sity in Huntsville with a B.S. degree in agriculture education. He received a Master’s degree in the same major from Tuskegee Institute in 1956.

Mr. Lawson was a very active member of Powell Chapel United Methodist Church and served in many capacities — Chairman of the Administrative Board, Chairman of the Trustee Board, and Financial Secretary. His community involvement included serving as a member of the Board of Trustees of Lafayette High School and president of the LaFayette High School Quarterback Club. He was a member of the Chambers County Industrial Development Board, Gamma Sigma Delta Honor Society of Agriculture, V.F.W. Post 5732, and Beavers Pride Lodge #710. He was most noted, however, for assisting young people in their pursuit of education. It was because of his efforts with the Chambers County Normalite Club that many young people were able to obtain college degrees.

Mr. Lawson departed this life on February 8, 1983, and left to cherish his memories with his wife Mrs. Sadie B. Lawson, one son Dr. William D. Lawson, two granddaughters Sonya and Nicole Lawson, and several brothers and sisters.

Because of the profound impact that William Lawson had on the people around him — family, res­idents of LaFayette, Chambers County, and Alabama — we are indeed proud to honor him with a lasting tribute through this dedicatory plaque. For in William Lawson’s life, “every day was a reason for giving, and giving was the key to living.” 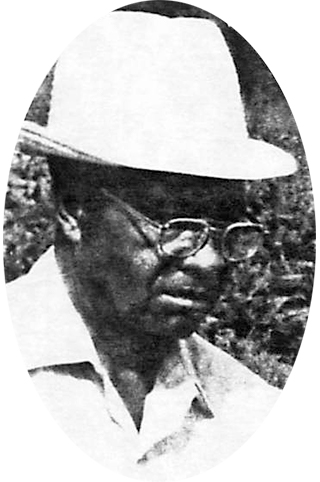