“Buck” Clark drew satisfaction from his job, from being able to work with people and to help them during the forty-year span that he served as county agent in Shelby County. His sincere interest in the people of Shelby County was evident in the way he lived and worked.

With his roots in agriculture, it was fitting that the young man who grew up on a farm in Houston County, Alabama, and who studied agricultural science at Auburn University, would become a county agent with the Alabama Cooperative Extension Service. “Buck” Clark was named to the position of assistant county agent in Shelby County in December 1937 after graduation from Auburn in January 1937 and after having served one year as a cotton assistant in Columbiana.

In 1941, Clark left for service in WWII. He served in the South Pacific and attained the rank of captain in the 31st Infantry Division. He returned to his work as an assistant county agent in 1945 and served there until retirement in 1976. He received promotions in 1963 to county agent and in 1965 to County Extension Chairman.

His original assignment was to be in charge of the 4-H activities, a responsibility which he enjoyed and continued his entire tenure in Shelby County. Over the years, he earned several honors from ACES for his work with 4-H. He was credited with helping to organize the 4-H dairy calf club, the first 4-H horse club, and was among those who organized the district feeder pig sales program which provided a market for growers in Shelby County. Four-H’ers will forever be grateful to him for leading the charge to have the new Alabama 4-H Development Center built in Shelby County on beautiful Lay Lake.

Mr. Clark was among the best of the county agents in Alabama. He had a way of anticipating change and working with it to develop the county. He was cited for his work in helping develop a diversified agricul­tural program that helped boost Shelby County’s farm income by more than 85 percent in 5 years. He was commended for his work in low-income farm projects, swine marketing, and a resource development pro­gram that meant new jobs for many local families.

After retirement, “Buck” Clark continued to be an active participant in his community, especially in his church, the Columbiana United Methodist Church. His death occurred on March 26, 1995. He was 80 years old. He is survived by his beloved wife Cathrine Gay Clark and his daughter Gay Clark Blalock who lives in Stone Mountain, Georgia, and a grandson, William Kirk Blalock, of Washington, D.C.

For all his years of hard work and diligence, it is a fitting tribute to name William M. Clark on the dedica­tory plaque of the Extension Memorial Chapel. 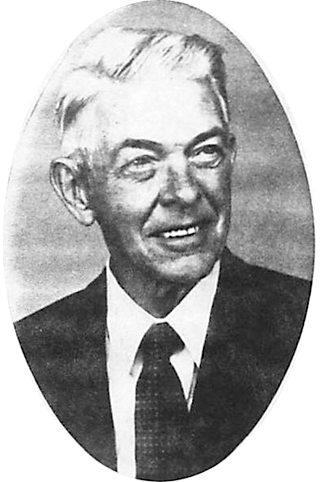