It seemed from the very beginning that Bobby Futral was des­tined to have an outstanding agricultural career, probably one in the Extension Service. As a youngster growing up on a dairy farm in Tallapoosa County, he took naturally to 4-H and Exten­sion, building a reputation early in life as an exceptional young man with a bright future: County 4-H Club president, state 4-H dairy judging winner, a junior leader that County Agent Fletcher Farrington and Extension 4-H Agent Hoyt Webb could count on, and, later, an Auburn graduate.

Little wonder that District Agent Tom Lumpkin hired Bobby at the first opportunity. “You can look the state over and you won’t find another Bobby Futral,” said Mr. Farrington’s letter of recom­mendation. The years since proved the undeniable truth of that statement. The people of Chilton County today will tell you that what Mr. Farrington said was an understatement, for, during Bob­by’s more than 17 years there, they saw him lead an Extension educational program that was with­out doubt one of the most effective in the entire nation.

No one was more admired and respected by coworkers and clientele alike. His career will con­tinue to touch the lives of thousands of people for years to come. William Robert (Bobby) Futral died September 15, 1976, in Chilton County Hospital following a heart attack. He would have been 41 on October 24.

He graduated from Hackneyville High School in 1954 and earned the B.S. and M.S. degrees in agricultural science from Auburn in 1958 and 1965, respectively.

As a lasting tribute to this man and his life’s work, the name of William Robert (Bobby) Futral is inscribed on the dedicatory plaque of the Extension Memorial Chapel. 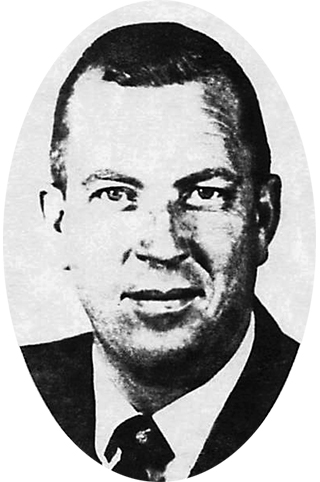