William S. (Bill) Gazaway was a native of Clarksdale, Mississippi, and received his B.S. degree from Mississippi State University. He then completed graduate study at the University of Wisconsin at Madison and went on to receive his Ph.D. in Plant Pathology from Texas A&M University. He completed further training on Nematology in Venezuela.

Since his father managed a lumber mill in Honduras, Dr. Gazaway spent time there, and his knowledge and love of Spanish began during that time. His ability to communicate with Spanish-speaking individuals led him to serve as an international consultant for a variety of crop production systems during his employment with Auburn University.

Prior to beginning work with the Alabama Cooperative Extension System in 1976, Dr. Gazaway had worked in Costa Rica and Nicaragua as a plant pathologist for Standard Fruit Company (Dole).

Dr. Gazaway will be remembered for his profound contribution to agriculture in Alabama during the 36 years that he worked for the Alabama Cooperative Extension System as an Extension Plant Pathologist and Nematologist. Current nematode management strategies are based on his research. His proudest achievement was diffusing the highly political situation involving wheat production in the Southeast. His input in wheat production prevented the quarantine of U.S. products.

Dr. Gazaway retired from the Cooperative Extension System but continued his research on cotton and other diseases as a consultant for ten more years.

He enjoyed Auburn University football, traveling, singing and playing the guitar, and speaking the Spanish language. He was a devoted husband to Pam, his wife of 42 years.

William S. (Bill) Gazaway is remembered not only for his knowledge and expertise in his field of work, but also for his enthusiasm for his work, and concern and care for his colleagues, students, and clients. It is a great honor for Epsilon Sigma Phi to recognize William (Bill) Gazaway by placing his name on the dedicatory plaque of the Extension Memorial Chapel. 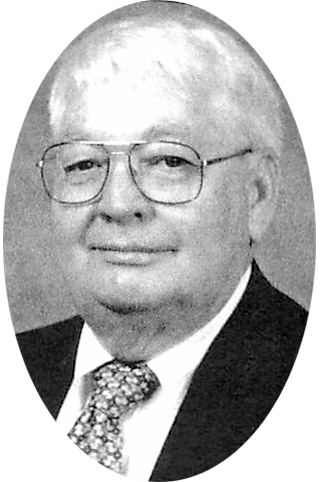