Following graduation from high school in Aliceville AL, Mr. W. A. Rice expressed interest in going to college. Rice spent the summer in his native city working at a stave mill, earning money to pay for his entrance fees at Alabama A&M University and to purchase school clothing. He received a Sears Roebuck Scholarship in the amount of one hundred dollars and a student work opportunity at the dairy, which was part of the College’s farm program. Rice, however, broke the tradition of boys enrolled in Agriculture not being able to participate in Athletics. He tried out for football and earned a letter during the 1945-46 season and school year. On September 17, 1993, Rice was inducted into the AAMU Athletic Hall of Fame for football.

Mr. Rice was a leader even while in college. While attending AAMU, Rice was a founding member of the first Masonic Club on the campus; organized the YMCA, the Youth Chapter of the NAACP, and numerous other organizations.

After graduating in 1947 with a Bachelor’s degree in Agricultural Education, he taught Vocational Agribusiness in Monroe County. It was in Monroeville that he met and married Lillie V. Smith. Rice touched the lives of hundreds of young men and was also recognized as a leader in Monroe County. Among other accomplishments, he helped to organize the first local chapter of the NAACP, when it was not a popular thing to do in that area of the state in the early 50s. It was during his years of teaching in Monroe County that Rice developed the photography skills that he would be known for in later years.

Rice was employed by AAMU in 1971 as Associate Coordinator of the Cooperative Extension Program. He later was promoted to District Agent Coordinator. Some of Rice’s accomplishments included writing proposals for funding of projects developing educational materials on energy conservation; funds to purchase livestock for educational demonstrations for small and part-time farmers; funds to initiate an educational training program that would benefit minority people in the area of outdoor sanitation.

Rice loved First Missionary Baptist Church and served in many leadership and teaching roles. All of these accolades and accomplishments cannot be compared to his pride in his three children: Dorosalind A., Michael, and Carlton Rice, and seven grandchildren and eighteen great-grandchildren.

The Alpha Pi Chapter of Epsilon Sigma Phi honors and remembers Mr. W.A. Rice by placing his name on the dedicatory plaque of the Memorial Chapel. 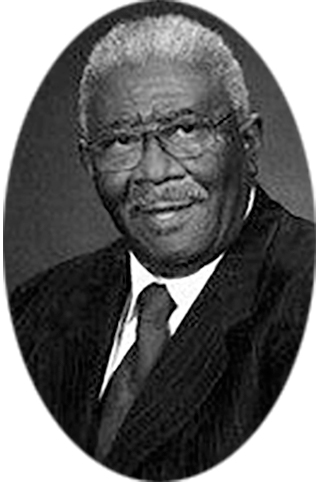