Miss Willie Lou Terrell was born near Dangerfield, Texas, and began teaching school at age 18 in a two-room school. She attended East Texas State Teachers College during the summers and earned her degree in Home Economics in 1930. She obtained a Master’s degree later from Stephen F. Austin College in Nacogdoches, Texas.

She came to Dale County, Alabama, in 1937 as Home Demonstration Agent. She headed up the Federal Mattress Program in Dale County, which began in 1938. Over 3,000 mattresses were made by and for deserving families. Under her leadership, Dale County was the first in the United States to finish the mattress program.

Miss Willie Lou was a big-boned, six-foot-two Texan; big in her thinking, big in her love for her job of helping people, and big in her accomplishments. One of her club members, who was also one of her best friends, said, “We all love and admire Miss Willie Lou, but we are scared of her; she demands and gets our undivided attention and loyalty to the job she thinks we should do, and we do it.” Her total life was dedicated to the betterment of rural people; she never married and all her thoughts and energies were directed to the people with whom she worked. They were her family.

She organized women’s homemaker’s clubs in nearly every community in Dale County, teaching them about food preservation by canning and drying, good nutrition, home sewing, family rela­tionships, victory gardens, collections of scrap metal for the war effort, and much more.

She transferred to Crenshaw County, after five years in Dale County, and worked there for several years. Then she went back to Texas and served as Home Demonstration Agent of Rusk County. She retired in 1961 after 31 years with the Extension Service. She spent the rest of her life doing volunteer work with VISTA and other agencies.

In admiration and gratitude for her many years of devoted service, the name of Willie Lou Terrell is inscribed on the dedicatory plaque of the Extension Memorial Chapel. 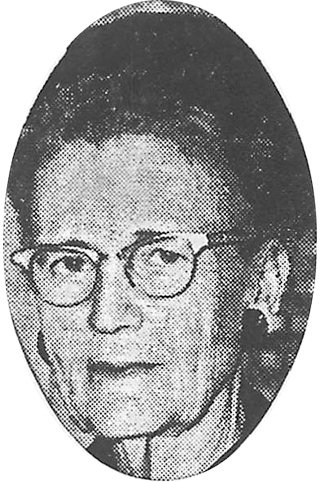