In the fifties, he was known by farmers around York, South Carolina, as the “doc” who would come treat an ailing cow in the middle of the night and be gracious about accepting his pay in the form of a basket of peas or freshly picked grapes if money was too tight.

But his beloved Auburn beckoned, and in 1959 Worth Lanier left his large and small animal practice to return to the campus life as a faculty member of the Auburn University School of Veterinary Medicine. On July 1, 1960, when the Alabama Cooperative Extension Service established the position of Extension Veterinarian, Dr. Lanier stepped into that role, which combined his love of animal care with the academic mission. As the Extension Service moved into the forefront of rural environmental research in Alabama, Dr. Lanier was named chairman of the Environmental Health Division, which tackled such problems as solid waste disposal and unclean drinking water in the state. Dr. Lanier retired from the Extension Service on December 31, 1976.

One of Dr. Lanier’s passions was writing the syndicated pet column “You and Your Pets,” published in more than 40 newspapers around the country, including the Philadelphia Enquirer and the Atlanta Journal-Constitution. The column’s popularity landed Dr. Lanier a spot on the Mike Douglas television show, where he was Douglas’s guest co-host.

Born and raised in Poplarville, Mississippi, Dr. Lanier received the Bachelor of Science degree from Mississippi State University and the Doctor of Veterinary Medicine degree from Auburn University. While at Auburn, he was named to the honorary fraternity Omicron Delta Kappa and Who’s Who. He was also editor of the Auburn Veterinarian and a member of Omega Tau Sigma.

During World War II, Dr. Lanier served in the Army Corps of Engineers. In 1945, he was assigned to Military Government – Civil Affairs and attended the University of Virginia and Yale University for training.

Dr. Lanier died at his home in Birmingham on April 3, 2002. He is survived by his wife of 58 years, Blanche; daughters Lynn Kinney (1973 AU graduate) and Larke Lanier (1980 AU graduate); and three grandsons.

In tribute to his life’s work, the name of Worth Lanier is inscribed on the dedicatory plaque of the Extension Memorial Chapel. 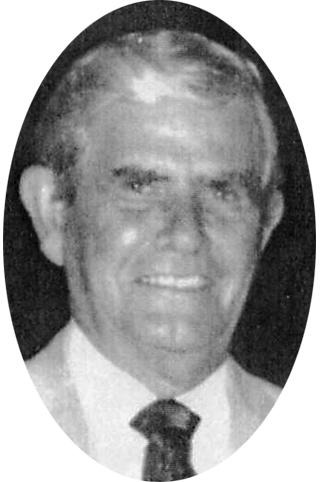